June 24, 2022
Quality over quantity is for consumption not creation.
Let's say it one more time for the overachievers up in the front: “Quality over Quantity” is for consumption not creation. When you are choosing what to bring into your life it makes sense to be choosy. When you are working on your output you need to just keep producing. Writing 200 words a day is a far better practice than fretting over a thousand words for a week. “Thinking about writing” doesn't make you a better writer. Writing does. The only way to write the things you're really proud of is to write a whole lot of other stuff as well.
Read more...

In the fall of 2000 I was working for a small local bookstore called Hawley Cooke in Louisville Kentucky. They had three stores, all owned by the Hawleys and the Cookes. What? It's no worse than “Barnes & Noble”

I managed the music department in my store, which was no great task. Basically I got to restock the CDs and answer music questions when my co-workers didn't want to.

So here's a non-problem I've had recently. I want to be able to listen to music, but without headphones. Headphones make it so I can't hear the rest of the house. I like to hear what's going on around me. Kinda. Sometimes. Look, let's not question the premise, okay?

Love Me, Love My Dog

Qui me amat amat et canem meam —Possibly the original Latin version of this phrase, except probably not. 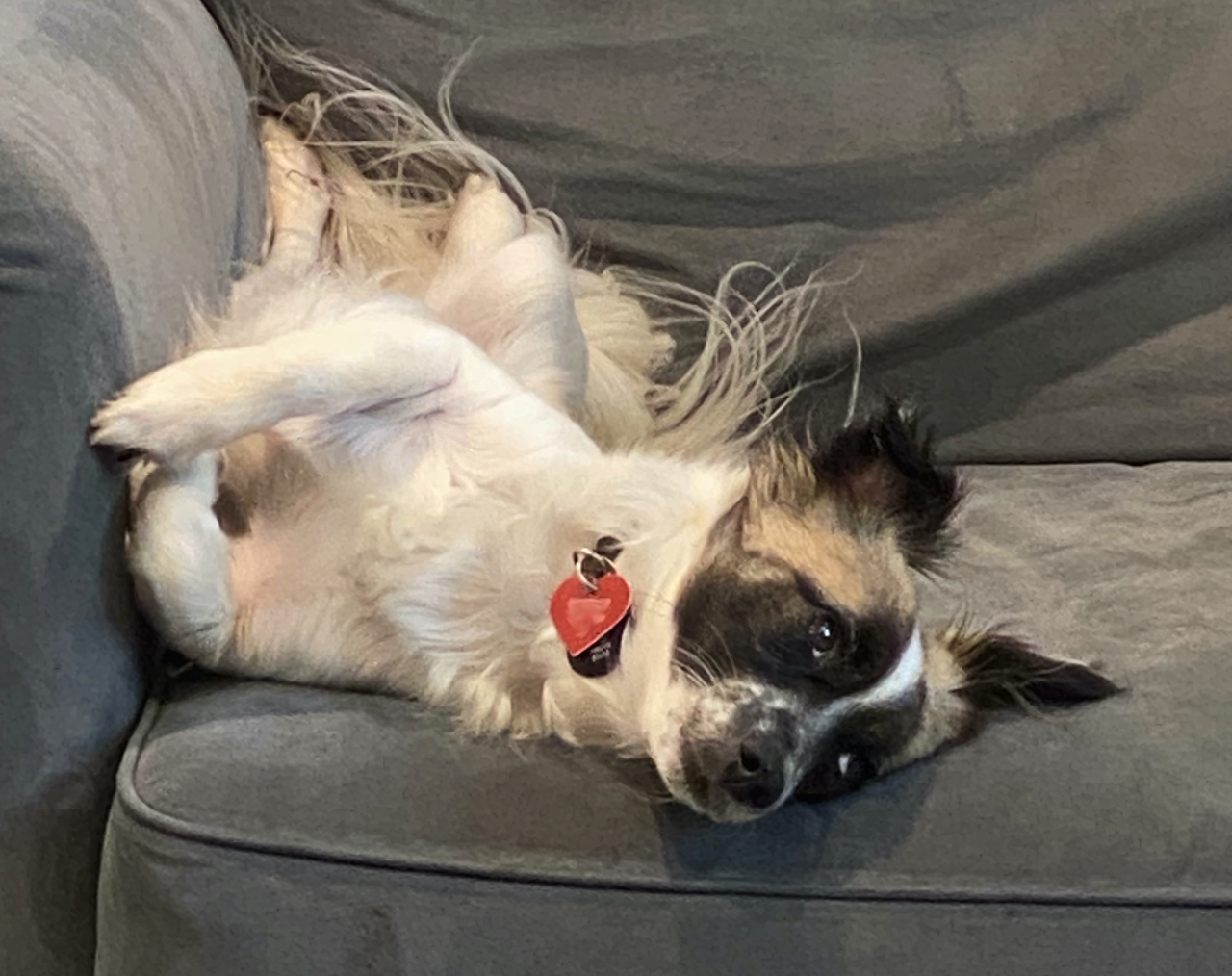 I discovered this phrase when I was studying Latin in high school. It stuck in my mind because of how different it is from...well, pretty much everything else we had read from the ancient Romans. A few of my friends and I had devoted ourselves (briefly and humorously) to cataloging every verb in Latin that was a way to kill someone, until we realized that would be like cataloging every snowflake in a blizzard.

The best way to actually accomplish a side project is to not think about how big it will get. Start with the basic idea and let the complications and nuances come into play when they need to.

In writing there is the expectation that the first draft won't be the final draft. You expect to throw away a lot of work as you draft and re-draft a work.

Kind of the opposite of yesterday's post. I haven't slept at all. I've laid in bed, tossed, turned, got up, read a book, tried to sleep on a couch... but my brain is convinced that now is the time to do neat stuff. But I can't just...not be a person tomorrow. That's not how life works.

My brain has a terrible feature: when it's decided I've slept long enough it starts poisoning my dreams. I generally can't sleep more than seven hours at a stretch because of this. Once I hit about 7.5 hours I start getting crazy stressful dreams until I wake up panting and go do something else.

Such power there is in clear-eyed self restraint. James Russell Lowell

Self restraint is difficult. We are curious creatures at heart, always looking to do and change things around us to better fit our needs. Curiosity and experimentation are traits that have helped us many times as a species and our brains reward us for doing things like that with dopamine.

Dear Self: Nobody Is Going to Read Your Notebooks.

This is definitely a reminder I need from time to time. My pocket notebooks are never going to be part of the public record. I will never have to defend the half-thought things I dumped in a pocket notebook. Nobody will ever be impressed by what I wrote unless I work it into something bigger, and even then, it's unlikely anyone will ever much care.

So I can just write. I can just catch little things, regardless of state of finish or polish. The inner editor isn't allowed in my pocket notebooks. 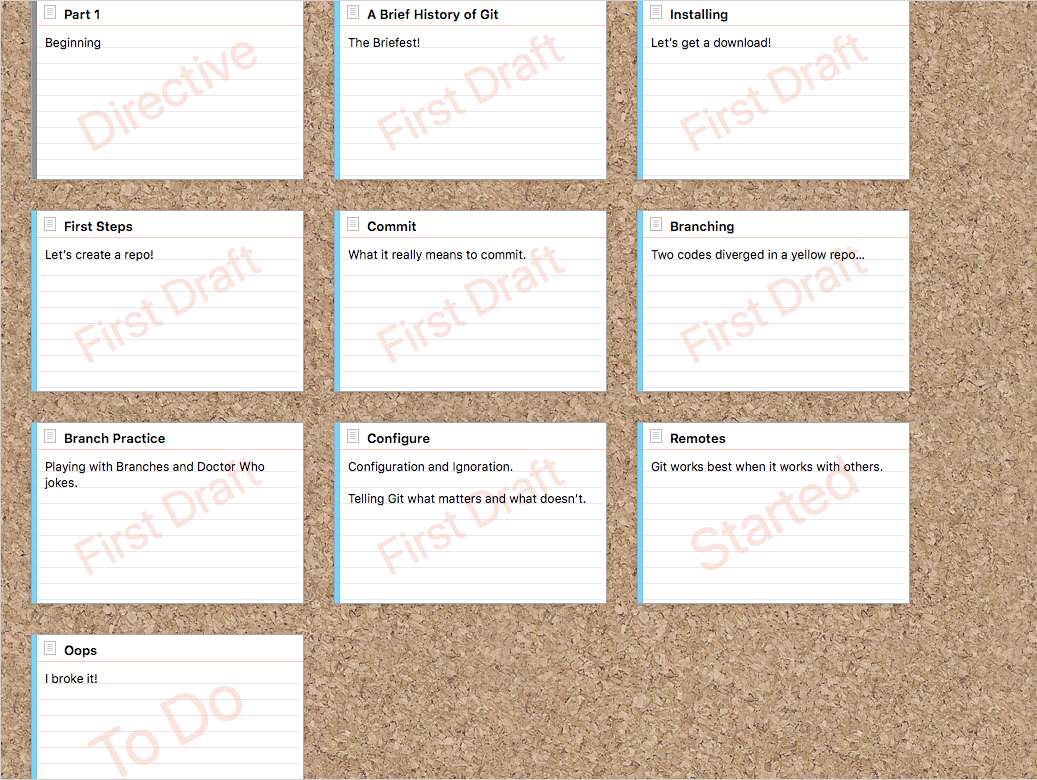 Ten planned chapters, nine of them have had at least one draft pass.

Granted, I have seventeen chapters planned for Part Two, but hey, progress is progress. #PainlessGit #amWriting