In the fall of 2000 I was working for a small local bookstore called Hawley Cooke in Louisville Kentucky. They had three stores, all owned by the Hawleys and the Cookes. What? It's no worse than “Barnes & Noble”

I managed the music department in my store, which was no great task. Basically I got to restock the CDs and answer music questions when my co-workers didn't want to.

While performing the first of these two duties I discovered a CD with a sticker on it that read “Cheaper than food”, and with my exceedingly generous employee discount it was much cheaper than my lunch that day. I bought it instantly. I don't know that I've ever listened to the whole thing, but that's beside the point.

The point is that for the past twenty years I've told this story from time to time with no way to prove that anyone would actually advertise that way. Today however, I actually found a picture. 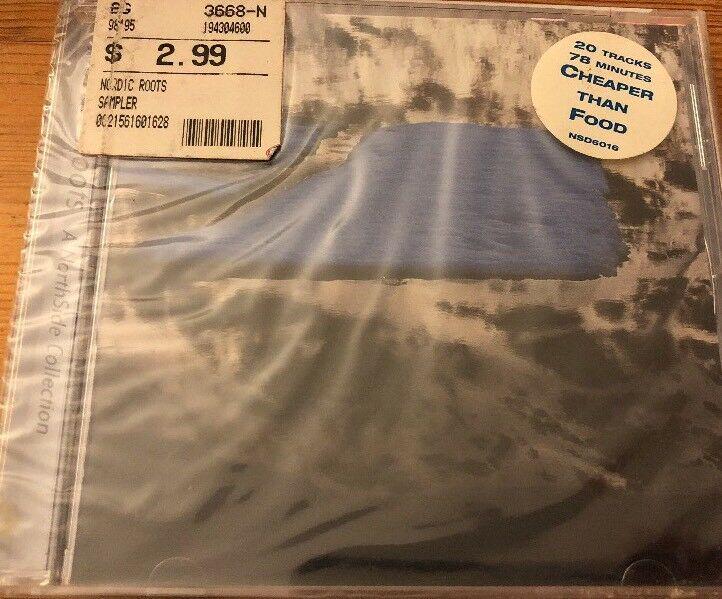 You gotta love the internet and its complete lack of ability to forget.

So there you have it. Nordic Roots: the album that's cheaper than food.