Thinking about working at Hawley Cooke reminded me of another little gem from that time of my life. And I can share this one with you. Choose your favorite streaming music service from the list below and listen to this song. I'll wait. Actually I wrote this post days ago so I'm doing something else right now anyway. You've got all the time you need.

Or you can watch a low quality live version on YouTube.

Digby was a little local band from Louisville, Kentucky. The lead guitarist, Rich, worked at Hawley Cooke with me. He was tall, lanky, affable, and probably at least semi-buzzed at all times. But he was a good bookseller; good with customers, good with fellow employees, and good at the register (which is more of a rarity than you think if you've never worked retail). I considered Rich a friend and looked up to him in a lot of ways. By which I mean he was both cooler and taller than me, which is impressive; I'm six foot four. Rich was the kind of guy who treated everyone well, made you happy to be around him, and was just easy to like.

Since he was an employee we kept Digby CDs in stock at all times, and since Digby was actually pretty good we had them in one of the three stores for live events every so often as well.

The version of One Hundred Percent Free you just listened to is the newer, more produced version off of their album Falling Up, their first—and last—album to get any form of national release.

Or it's the same track, but off of the Muckraker's album Front of the Parade. The Muckrakers were also a local Kentucky band. Digby and The Muckrakers each put one of the other bands songs on their first album to help each other out, to do another musician a solid.

But the version you can find online isn't my favorite version. When I worked with Rich the album we kept in stock was called Laughing at the Trees, pressed locally, distributed locally. The version of this song on that disc is simpler, less produced, closer to the live version but with better mastering. I can't show you the album cover because they shipped it in a paper CD holder instead of a jewel case, so the insert doesn't have the actual cover. But it looked a lot like this disc: 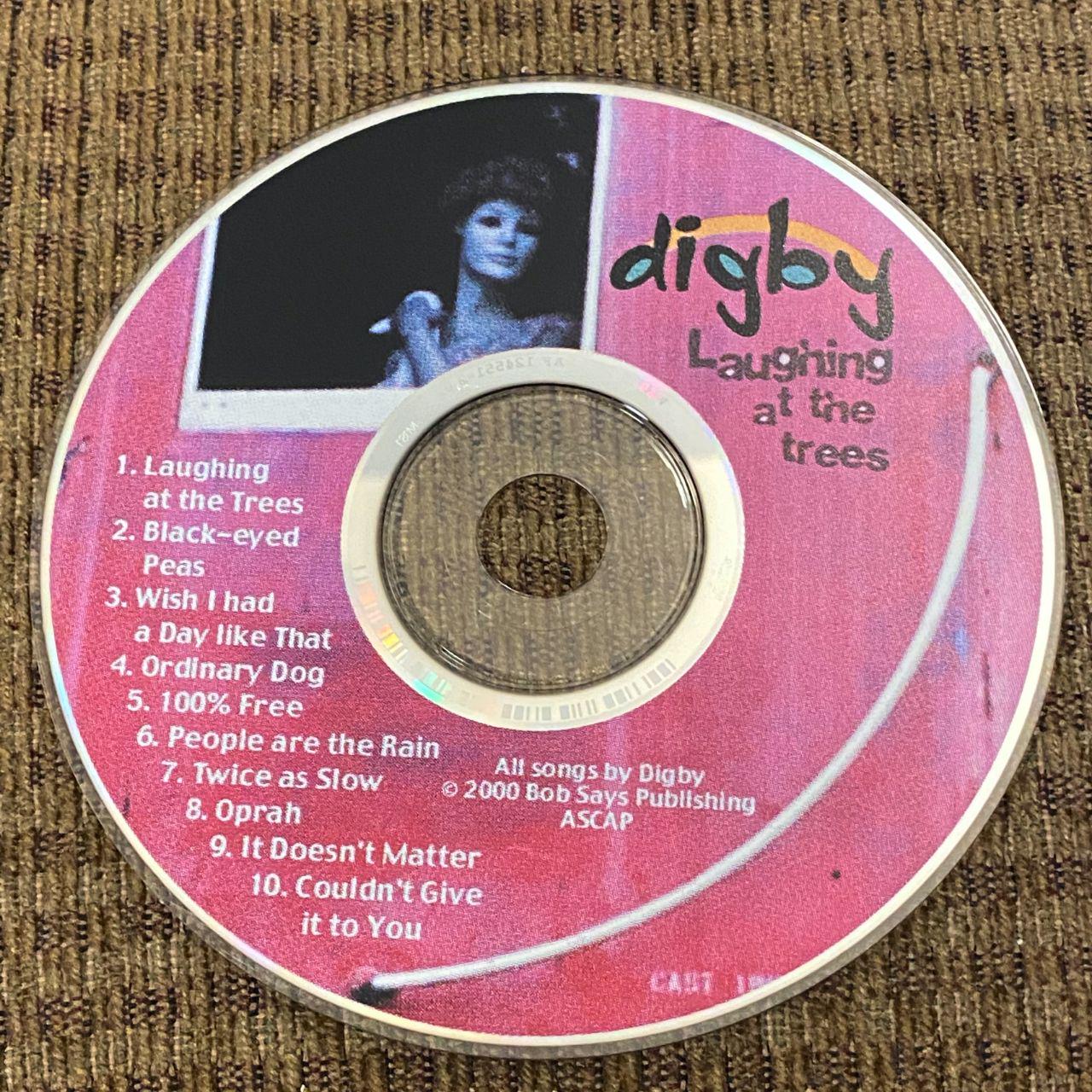 Yes of course I bought their album! Rich was my friend! And also I had a crazy good employee discount.

Anyway, yeah, another nostalgia piece. I think One Hundred Percent Free is a great little tune. Poppy, happy, silly, romantic(?), and easy to listen to. If you subscribe to more than one streaming service give it a listen a few times, pretty please? I haven't seen Rich or the rest of Digby in twenty years, but I'd like to send them a few more cents in their next royalty checks.