My wife ordered a book of plays that she read as a child the other day. We knew it was out of print, but at $20 with free shipping the price seemed right.

A few weeks later a package arrived, Royal Mail, Par Avon from England. The book was more than we had hoped for.

I should note that I wasn't much enthused about the plays; I have a hard time reading drama. I get so much more out of watching it. so I hadn't paid much attention to the process until the book arrived. But the moment I saw it I was in love. Not the kind of love I feel for a well written book, the kind of love I feel for a book that is an artifact in and of itself. Pure bibliophilia, naked and unafraid. 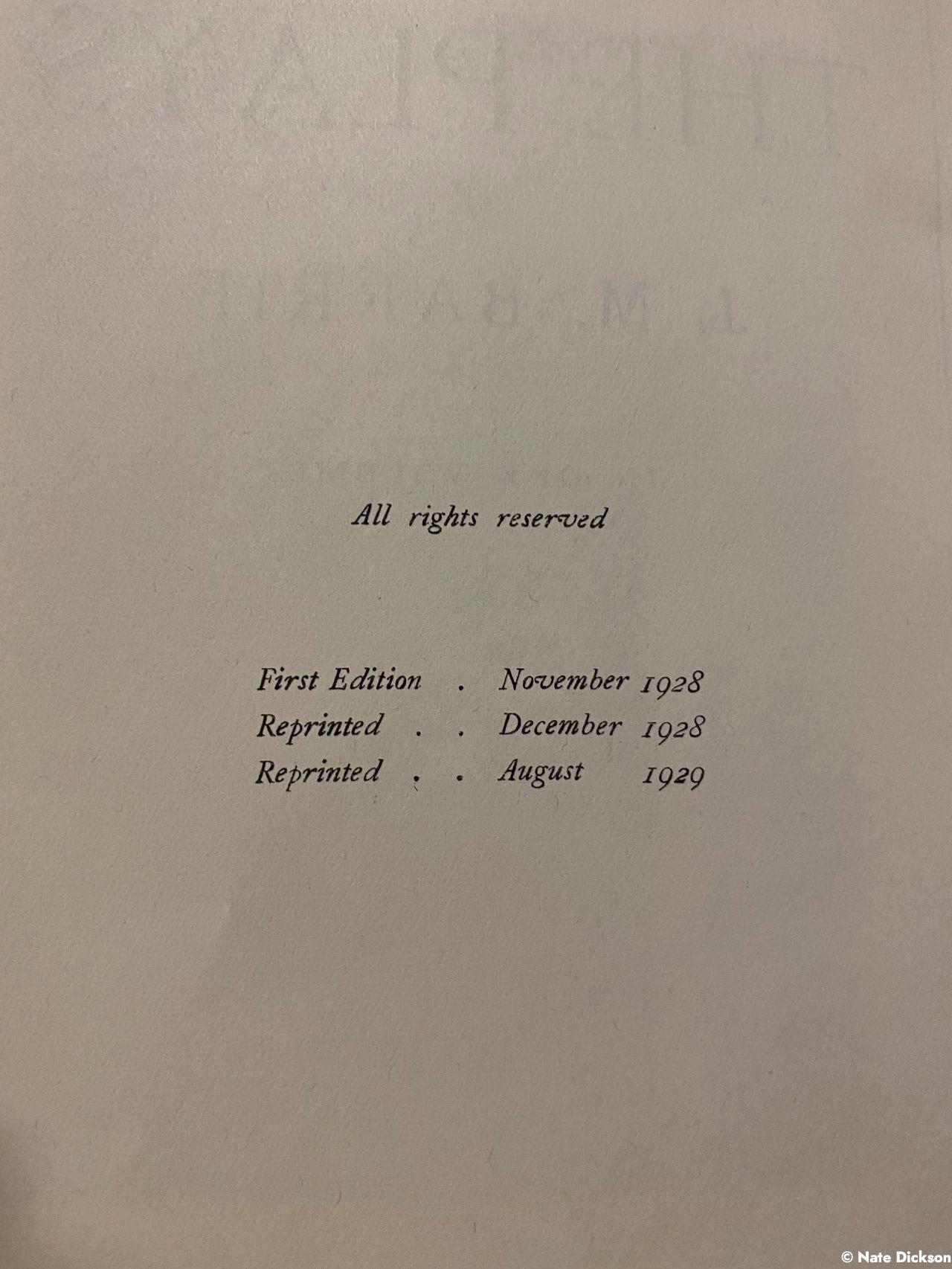 Even before opening to this page I knew the book was old. Well bound and well cared for, it still had the telltale yellowing of paper that has been around a while. But the binding is still tight and firm, the pages securely sewn in. And it smells amazing. The English language, at least the subset of the English language that I know, has a hard time describing smells. But if you had asked me what a book that had been in a personal library in Manchester for nearly a century would smell like, it would be this. Paper, glue, a slight hint of mustiness, and time.

We got a surprisingly good deal on the book, since the cover price was this: 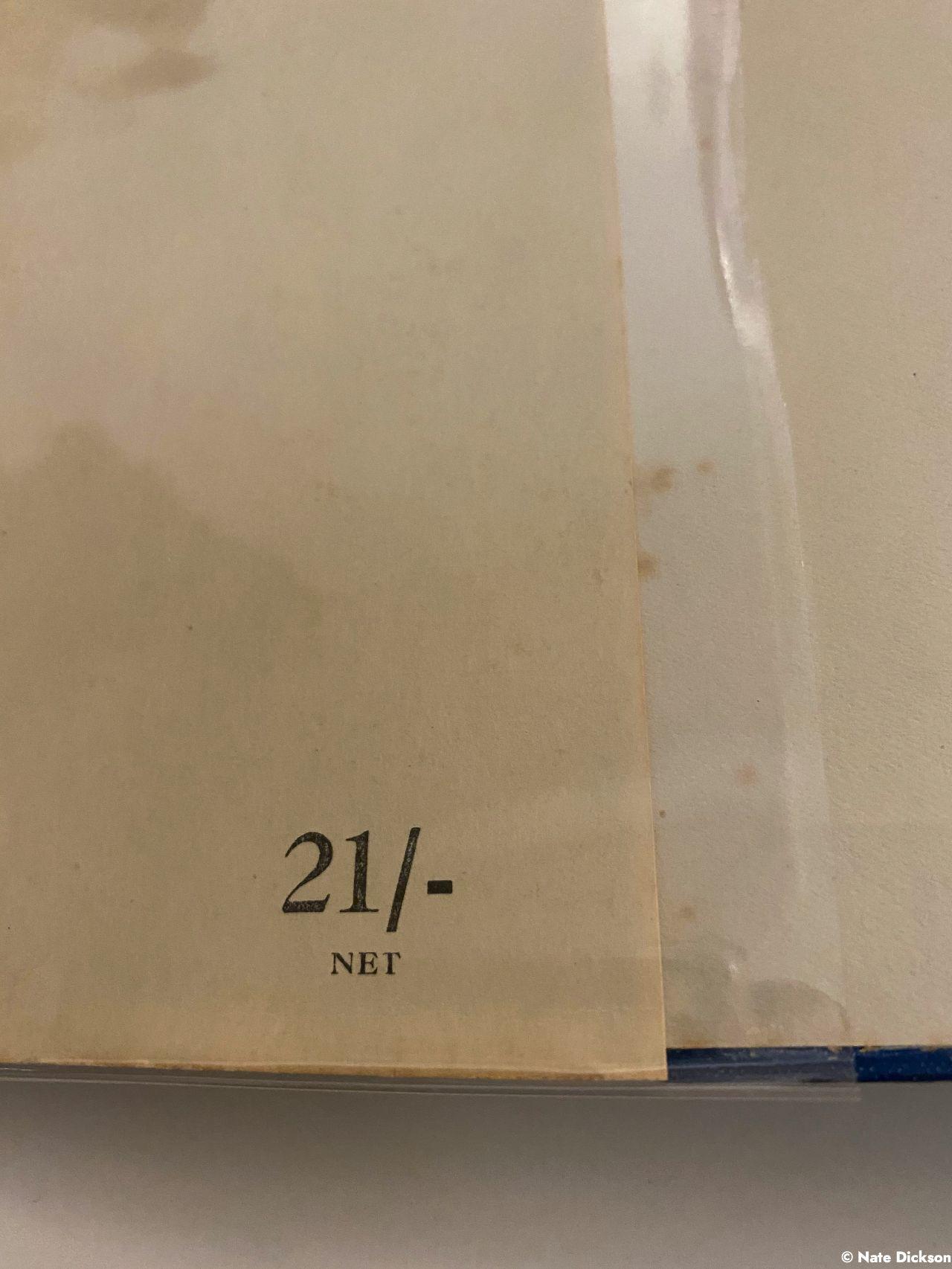 Also it has this lovely, if somewhat illegible, treasure glued into the front: 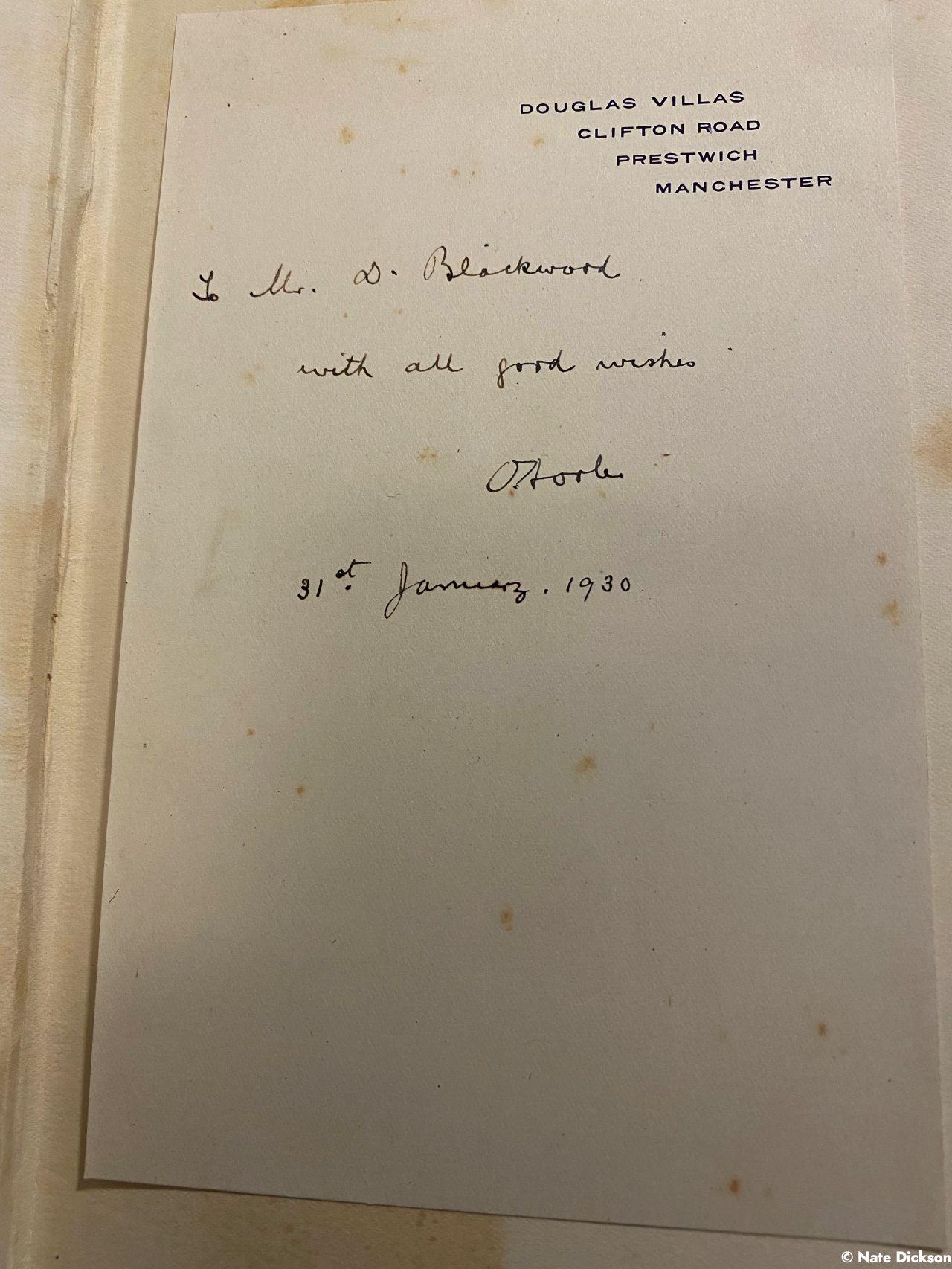 If I had to transcribe this picture I would be somewhat hard pressed to do so. As near as we can make out, it says:

This taps into my love of artifacts. This book has stood on someone's shelf, and indeed has been well read (there are small pencil marks throughout; someone enjoyed these plays), for ninety years. And we still somehow bought it semi-casually from a different continent. The world is messed up right now, but there are still good things around.

So, thank you O'Toole, and thank you to the Blackwood family, for keeping this volume in such good shape for so long.

Thoughts? Tell me about them!
on Mastodon | on Twitter