I've been playing around with a great little tool called Shamat for a little bit now. It's wonderfully simple.

It's similar to the map making tool I use for D&D Campaigns , except for a few things:

Also it's made to make maps on hexes instead of D&D standard squares. Campaign Cartographer can handle both of course...

Not the point. The point is, while just playing around with it I came up with a little map: 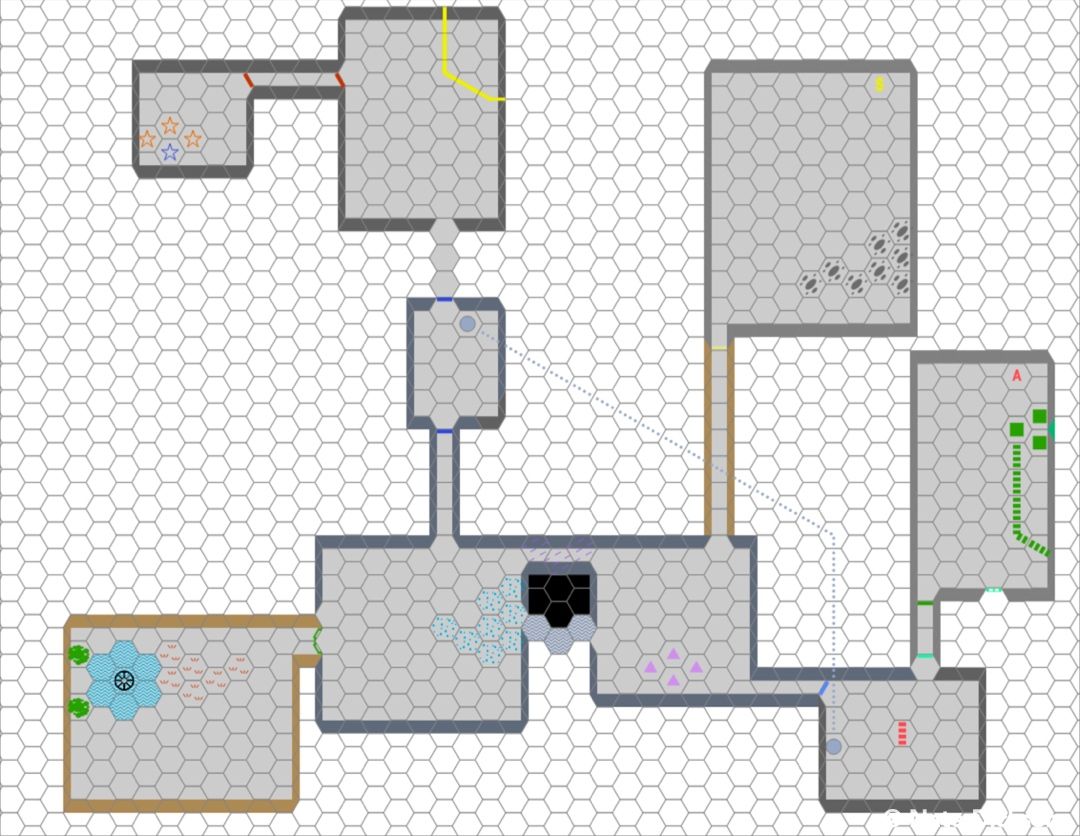 And I really like this way of doing things. I was just experimenting with the tool set, playing around with putting things in different colors and different textures, but even though this is all experimental, I can see a story growing out of this dungeon. The room in the lower right corner, there's a fountain there, and two trees, that's a rarity underground, certainly? What's the story there? There was a cave-in in the upper left room, and some treasure... certainly adventurers could have fun with that as well.

It's a nice reminder that the DM's job isn't to fully define the world, but to create a place where the players can act out stories.