I've been using Evernote off and on since it was in beta and only on Windows. The fully-networked, store-your-stuff-on-the-cloud version has been a part of my life since... well, it looks like November of 2010: 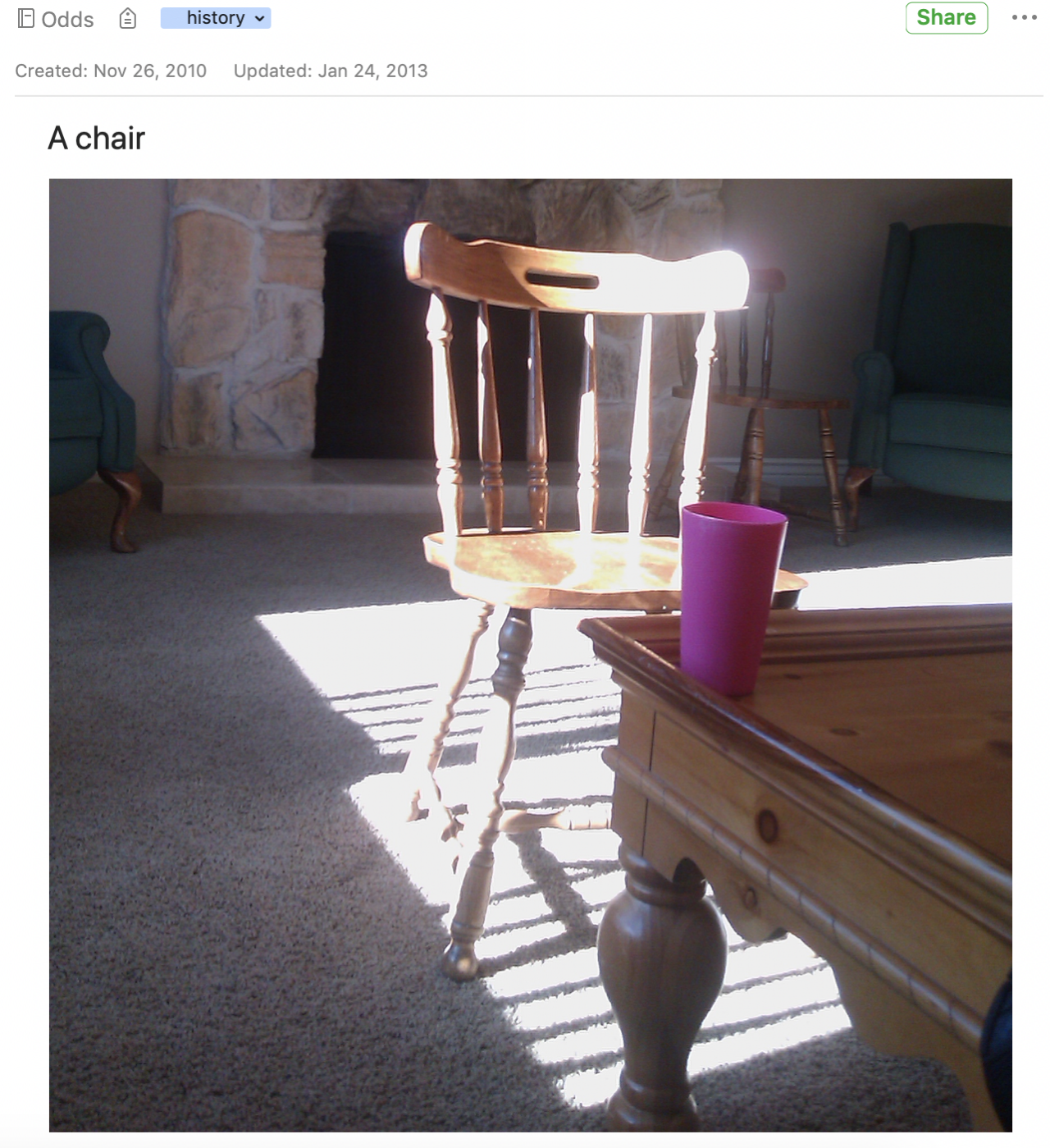 I took this picture to see how Evernote dealt with photos on an iPad. It wasn't meant to last forever, it wasn't really meant to be anything, just a test of the system. But it got caught, and now it's been faithfully copied to every computer I've owned in that time, every mobile device that has had Evernote installed has had that as well.

Not that Evernote is perfect. It thinks the orange rectangle in this picture:

Is the word “chair”. Which is funny and fascinating at the same time.